It’s important to note, that this article’s content has not been 100% confirmed, as exchanges and wallets have not confessed to anything regarding the situation. Most cryptocurrency enthusiasts, however can agree that the contents of this read, are in fact accurate.

Bytecoin had been the coin of the day yesterday(5/8/2018), after making a shocking 250% gain immediately after it’s listing on Binance. 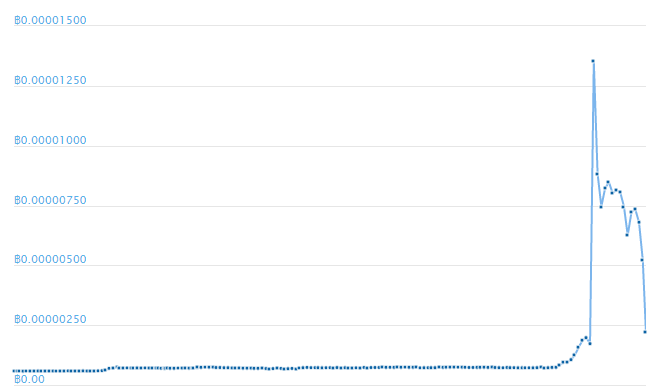 Just about all coins experience a pump after it’s initial Binance listing, since it’s one of the worlds most used sites to buy cryptocurrency, but this one was far bigger than we had seen before.

We all knew it would come down, but why exactly did it spike so high?

There’s more than we all knew that had been equating to it’s rocketing price, and it’s due to the result of exchange and developer greed.

Bytecoin is yet another privacy focused coin, that had launched in 2012. It’s main features are keeping users transactions private, and concealing the addresses of both senders and receivers.

It’s biggest boasting feature, is that it was the first blockchain to implement the Cryptonote algorithm.

While BCN(Bytecoin) may not have much mass adoption, it had resulted in two incredibly successful forks… Dash, and Monero.

Binance(one of the biggest online exchanges), had listed BCN and in turn somehow “naturally” spiked the price up to well over 200%. Some people were excited, while others had been experiencing FOMO. However, real cryptocurrency experts had known something wasn’t quite right…

Later that day, it had been announced far and between via Twitter, Reddit, and other social media platforms that there were a reported 693 million or so BCN units that had been artificially created(the equivalent of printing money).

It had also been suspected that BCN had given this 693 million or so units to Binance, as payment for listing their coin on the exchange.

Ah yes, 693 million $BCN were artificially created out of thin air. Perhaps some of this was given to @cz_binance in return for an exchange listing so the exploit could finally be cashed out. If so, it would be a multi-billion dollar heist. https://t.co/FImCWFznZW

Additionally, for users that had been holding BCN… Withdrawing from HitBTC, Poloniex, and other BCN web based wallets had been “Broken”. This had prohibited holders from being able to sell their coins, and turn the crazy, random profit they deserved. This also, in turn allowed for only the big game players(exchange runners, wallet services) to sell off their insane profits.

Is it possible these three exchanges, as well as online wallets, and developers planned to have “problems”, during the time of the Binance listing, and magical coin creation?

Almost seems like they’re all working together doesn’t it?

Guys it is clear that Poloniex froze BCN transfers. They are arbitraging with our BCNs. They are earning millions of USD right now. They don’t have any piece of ethics. I will never use this exchange again. #Poloniex #bytecoin

Many believe that the wallet and exchange “maintenance”, was genuine. However, over 1000% returns in a single day, alongside the “broken”-ness of almost all of the wallets and creation of a ton of fake coins, seems to be enough red flags to me.

Do your research, don’t invest in coins that don’t make sense.

Additionally, by using an Exchange, you are trusting that 3rd party with all of your funds. Money leads to greed, and that’s what running an exchange is all about. Be more aware of the big players, and invest safely.